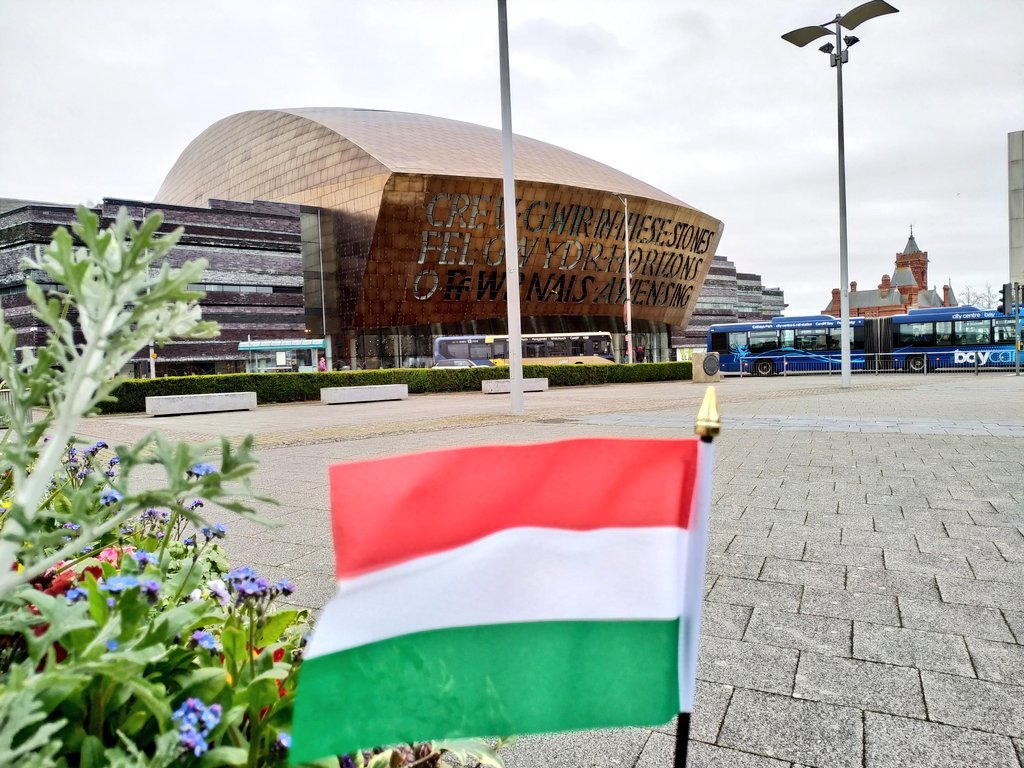 The Welsh-Hungarian Cultural Association (WHCA) was established to unite the many volunteer-led initiatives and individuals working to build cultural ‘bridges’ between Wales and Hungary. Our members are behind popular Welsh-Hungarian events and initiatives including Magyar Cymru, Cardiff’s annual Welsh-Hungarian Concert, and efforts to strengthen cultural relations in Montgomery (Powys) and Kunágota (Békés County).

From music to literature, there are numerous parallels between Wales and Hungary. The Welsh Hungarian Cultural Association are dedicated to bringing these to the forefront and raising awareness of Welsh-Hungarian cultural links in every aspect of our day-to-day lives. Founded in 2020, the Welsh Hungarian Cultural Association (WHCA) is an entirely volunteer-led, unincorporated charitable association, recognised in Wales and England. With trustees and members from both Hungarian and Welsh backgrounds, the association’s primary aim is the comprehensive representation and advancement of Welsh-Hungarian cultural relations. The Welsh Hungarian Cultural Association aims also include facilitating long-term cooperation between various bodies concerned with the advancement of Welsh-Hungarian arts and heritage, supporting and endorsing the work independent Welsh-Hungarian initiatives, and undertaking cultural programmes to foster the knowledge and appreciation of Welsh-Hungarian cultural links in both Wales and Hungary. From observing St David’s Day in Hungary to hosting Welsh-Hungarian activities for children in Wales, we are working closely with diaspora communities and authorities in both countries to pass on our traditions and celebrate together. Our members have hosted various Welsh-Hungarian concerts and folk dance events as far as Budapest and Cardiff. We also work closely with the Kodály Violin School in Carmarthenshire, the Wales International Academy of Voice and the Hungarian opera scene to unite our two cultures through the power of music and dance. Hungarian poet János Arany’s “The Bards of Wales” is a true cornerstone of our efforts to build bridges between Wales and Hungary. We work closely with the people of Montgomery in Mid-Wales, where the ballad is set and where Arany is a posthumous Freeman of the town. Through Magyar Cymru, which operates in all three languages, our members actively encourage our communities to explore each other’s languages. We work with community-based organisations and deliver social media campaigns to educate Welsh and Hungarian people about magyar and Cymraeg, respectively.