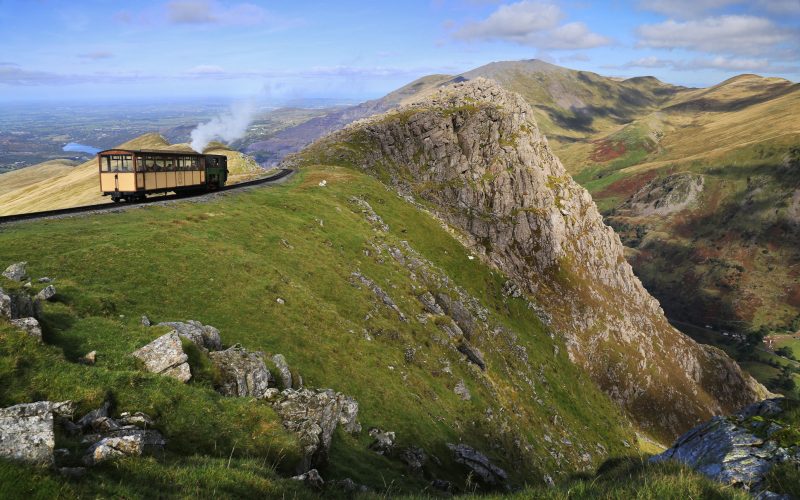 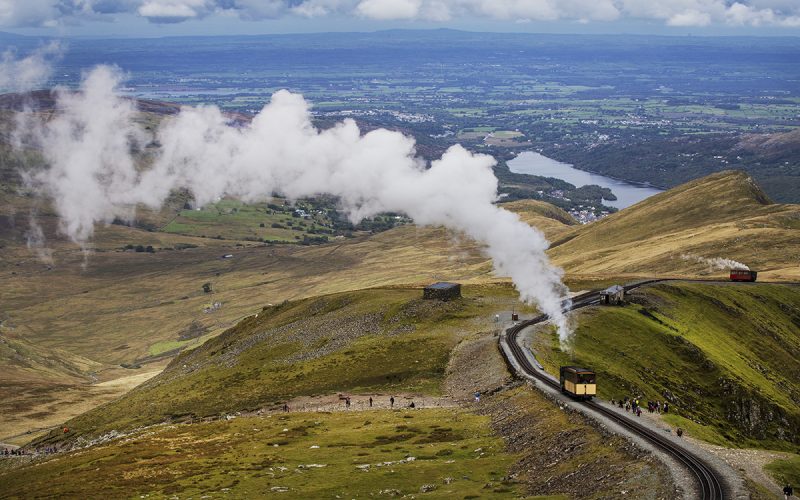 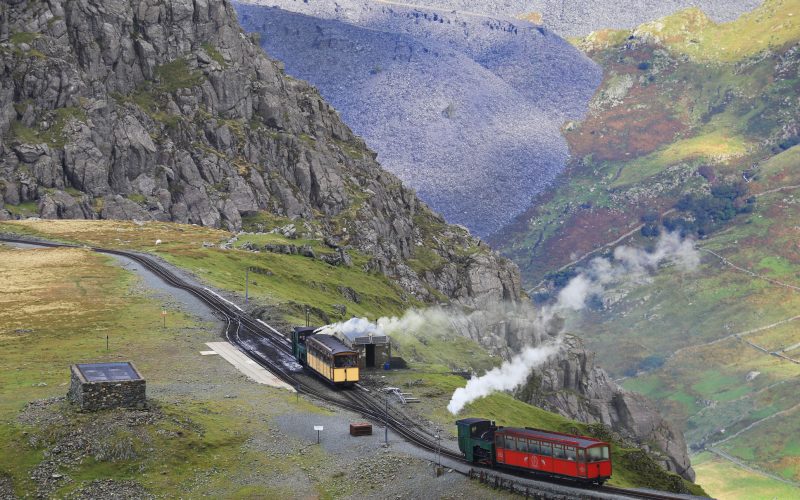 The Snowdon Mountain Railway is a narrow gauge rack and pinion mountain railway in Gwynedd, North-West Wales. It is a tourist railway that travels for 4.7 miles (7.6 km) from Llanberis to the summit of Snowdon, the highest peak in Wales.

A railway to the top of Snowdon was first proposed in 1869 by Sir Richard Moon, Chairman of the London & North Western Railway, after a branch line from Bangor to Llanberis had been completed. Initial Parliamentary Bills were met with stiff opposition from the landowner Mr George William Duff Assheton-Smith of the Vaynol Estate, who thought that a railway would spoil the scenery. The Snowdon Mountain Railway was constructed between December 1894, when the first sod was cut by Enid Assheton-Smith (after whom locomotive No 2 was named), and February 1896. The Mountain Railway trains depart from Llanberis station and begin their climb 1085m to the summit of Yr Wyddfa, a journey experienced by some 12 million travellers. These ancient Snowdonian mountains, thrust upwards by volcanic forces 450 million years ago, once grew to heights of 10,000 metres. Over eons the wind and rain and successive ice ages have sculpted them to their current form; with Snowdon being the highest summit in England and Wales. One of the world’s greatest panoramas is revealed on arrival at the summit. Hafod Eryri, the UK’s highest visitor centre, has spectacular panoramic views to the valleys below. From here you can venture to the cairn, where on a clear day the views stretch out as far as Ireland. Standing on the summit of the highest Mountain in Wales and England, young and old can embrace the invigorating atmosphere of Eryri – Land of the Eagles.