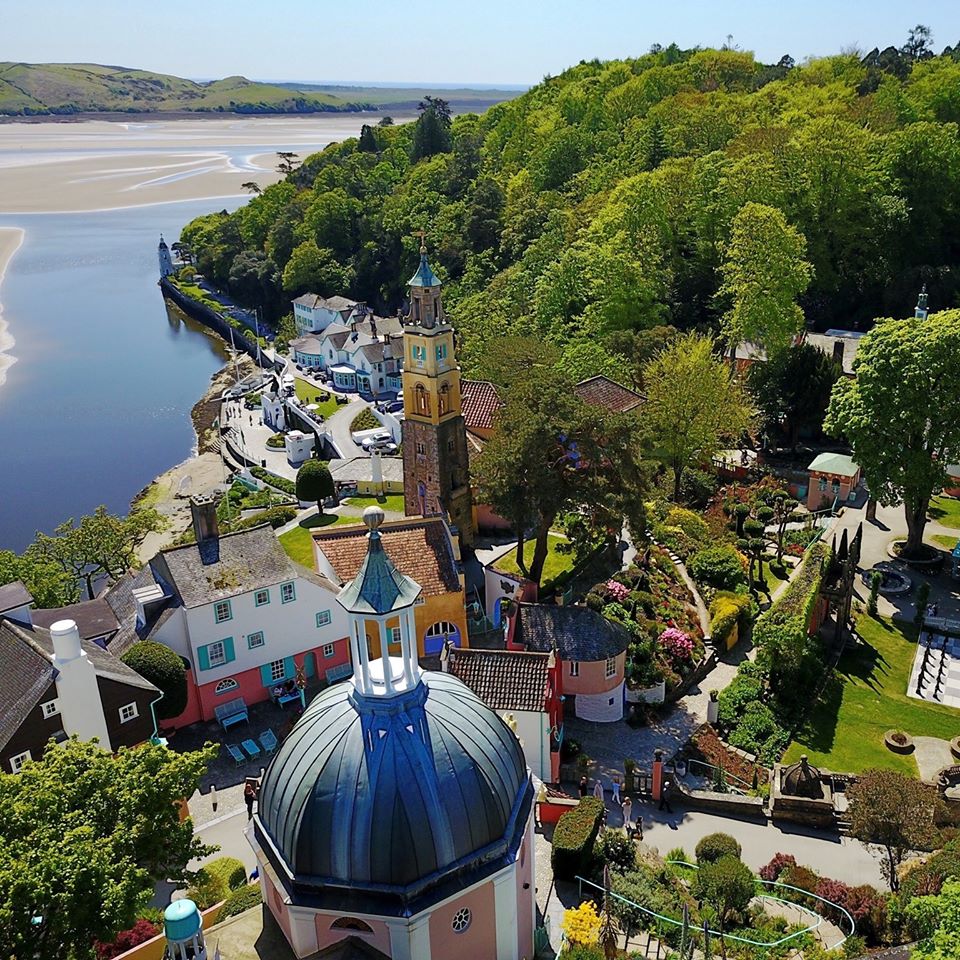 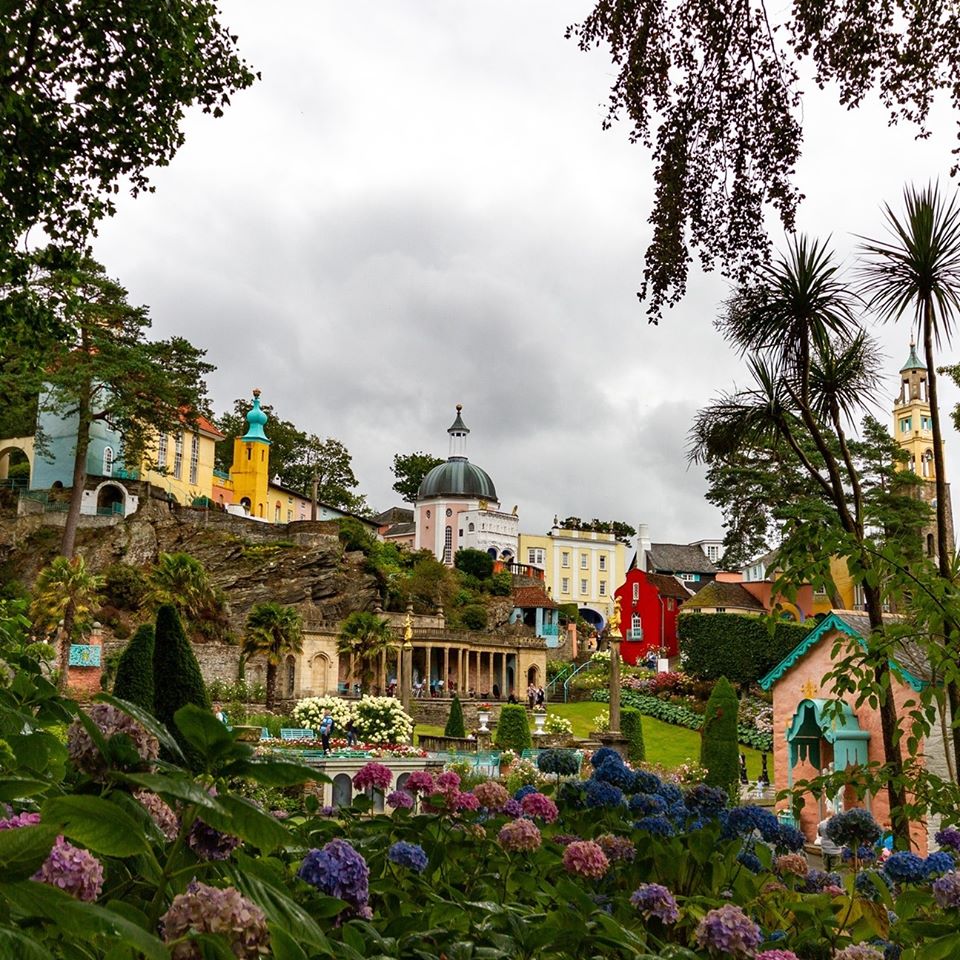 Built by Sir Clough Williams-Ellis, Portmeirion is now one of Wales’ most popular tourist destinations. In 1925, Welsh architect Clough Williams-Ellis acquired the site which was to become Portmeirion village. He had been searching for a suitable site for his proposed ideal village for several years and when he heard that the Aber Iâ estate near Penrhyndeudraeth was for sale, he did not hesitate to make an offer. He wanted to show how a naturally beautiful location could be developed without spoiling it, and that one could actually enhance the natural background through sympathetic development. The Aber Iâ estate had everything he had hoped for as a site for his architectural experiment: steep cliffs overlooking a wide sandy estuary, woods, streams and a nucleus of old buildings. Portmeirion Village is well known as the location for the 1960s cult TV series The Prisoner. It comprises a cluster of colour-washed buildings around a central piazza, scenic surroundings and extensive woodlands, two hotels, historic cottages, gift shops, spa & award winning restaurants. The concept of a tightly grouped coastal village had been envisaged by Clough Williams-Ellis years before he found the site, close to his own home in North Wales, on which he managed to realise his dream. Portmeirion has become known as one of the most successful British architectural projects of the twentieth century.