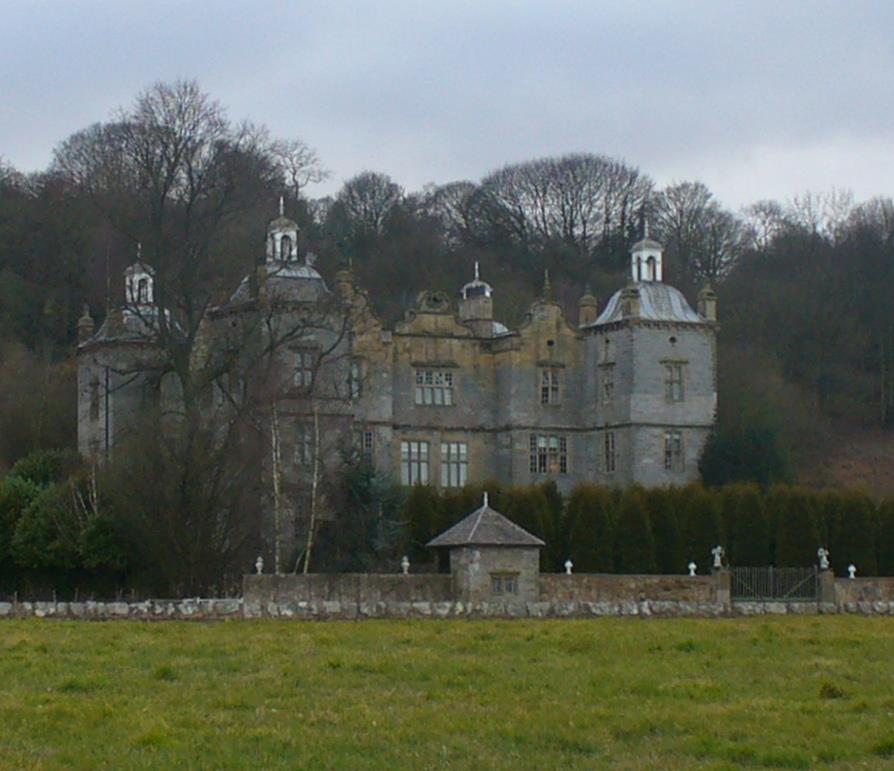 Plas Teg is a Grade l listed home in North Wales and is considered to be one of the finest examples of Jacobean architecture in Wales. Plas Teg is said to be one of the most haunted houses in the country and has appeared on many Television programmes. The house was restored in 1986 by Cornelia Bayley as her home and opened to the public for tours and events.

Plas Teg is one of the most important Jacobean houses in Wales. Her majestic walls have stood proud against years of neglect, and the most recent restoration enabled us a fascinating chance to truly step back in time. Plas Teg epitomises the ideal of an early-Stuart Country House, set high above the landscape dominating the surrounding valley and people. The intricate scrollwork of the pediment, complemented by high reaching finials and cupolas on top of the four towers are glimpsed through the foliage as one approaches along the drive. Sir John Trevor built Plas Teg in about 1610 in the Jacobean style, utilising the Renaissance concept of symmetry, of proportion and elegance. The house is built upon a cross-hall plan, with the great chamber above and a cross axial gallery to the second floor, which was inspired by Serlio. Due to this, the house was divided into “public” and “service” halves on either side of the main hall. The “public” section included the principal staircase, withdrawing room, parlour, great chamber and study. While the “service” section included the servant quarters, kitchens, offices, a secondary staircase and a buttery in the north tower. The original design was altered during the late eighteenth and early nineteenth centuries by Lady Dacre and the Trevor-Ropers. The house remained in the family’s hands until the end of the eighteenth century when it was bequeathed to a cousin by marriage. They assumed the surname Trevor-Roper and resided at Plas Teg spasmodically until it was sold just after the end of the Second World War. Cornelia Bayley purchased Plas Teg in 1986 and has lovingly restored the house back to its former glory.