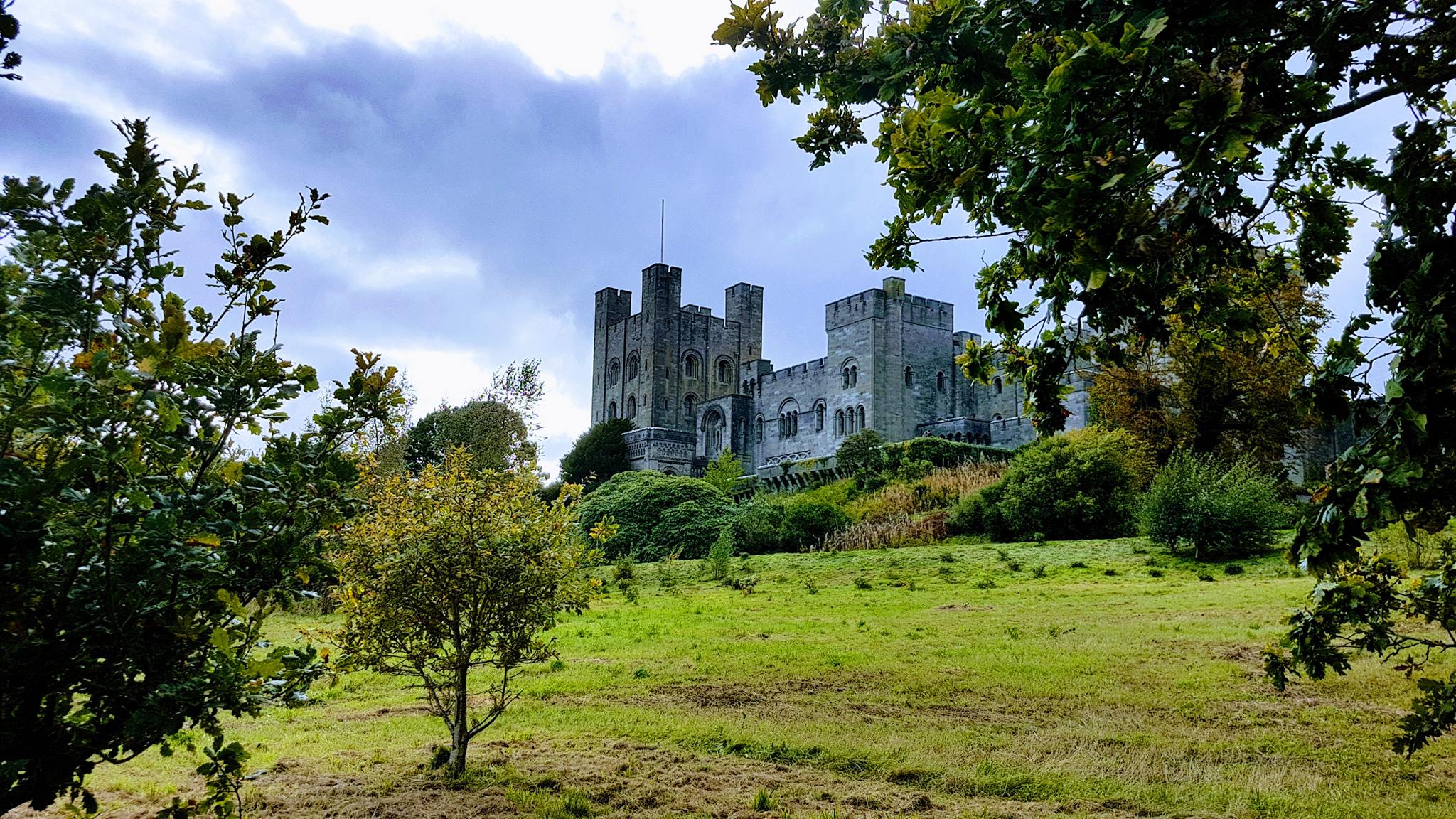 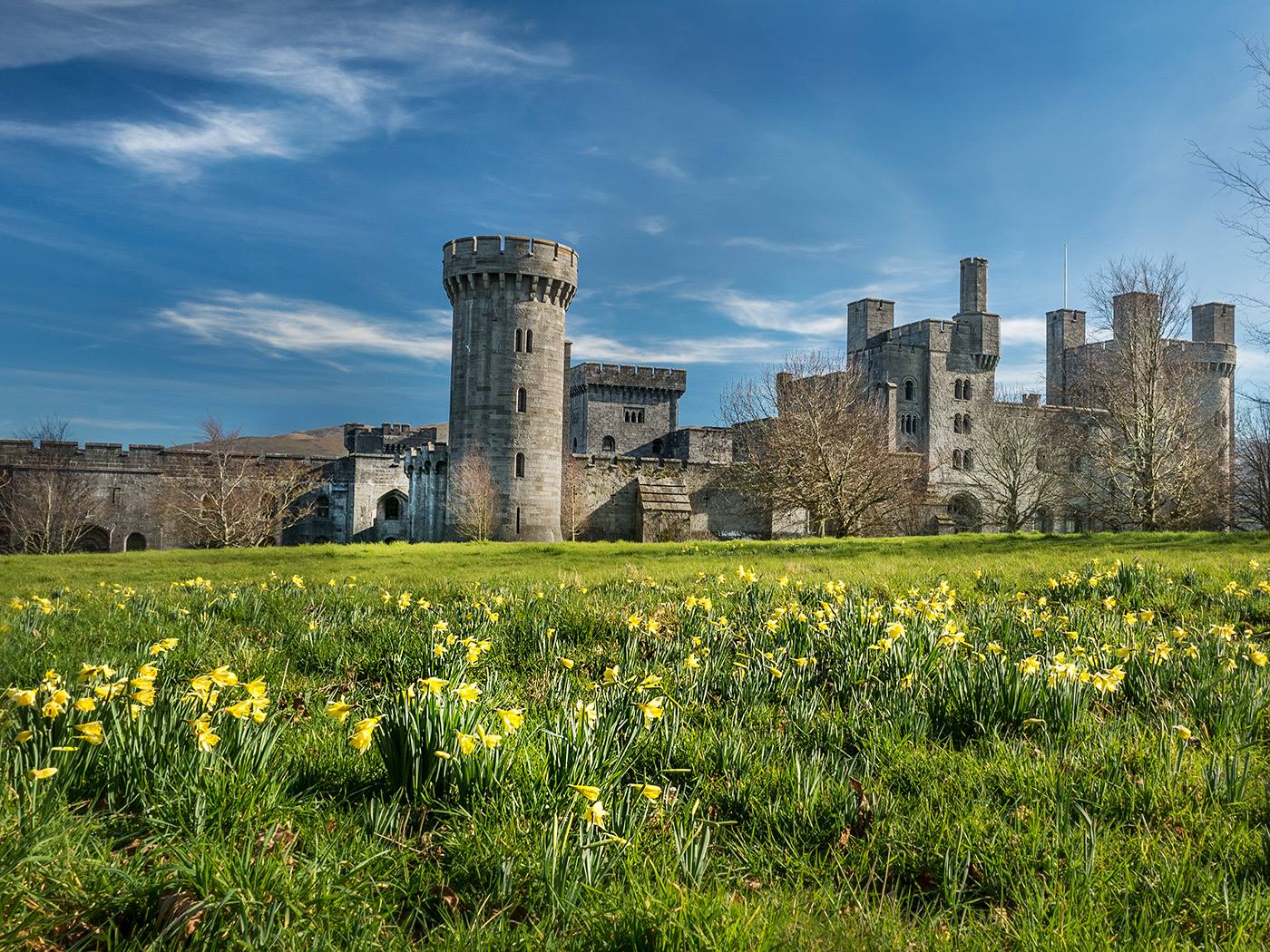 Penrhyn Castle is a country house in Llandygai, Bangor, Gwynedd, North Wales, in the form of a Norman castle. It was originally a medieval fortified manor house, founded by Ednyfed Fychan.

This enormous 19th-century neo-Norman castle sits between Snowdonia and the Menai Strait. It’s crammed with fascinating items, such as a one-ton slate bed made for Queen Victoria, elaborate carvings, plasterwork and mock-Norman furniture. In addition, Penrhyn Castle has an outstanding collection of paintings. The restored Victorian kitchens are a delight and the stable block houses a fascinating industrial railway museum, a model railway museum and a superb dolls’ museum. The 24.3 hectares (60 acres) of grounds include parkland, an exotic tree and shrub collection as well as a Victorian walled garden.