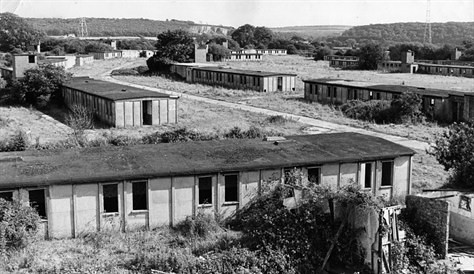 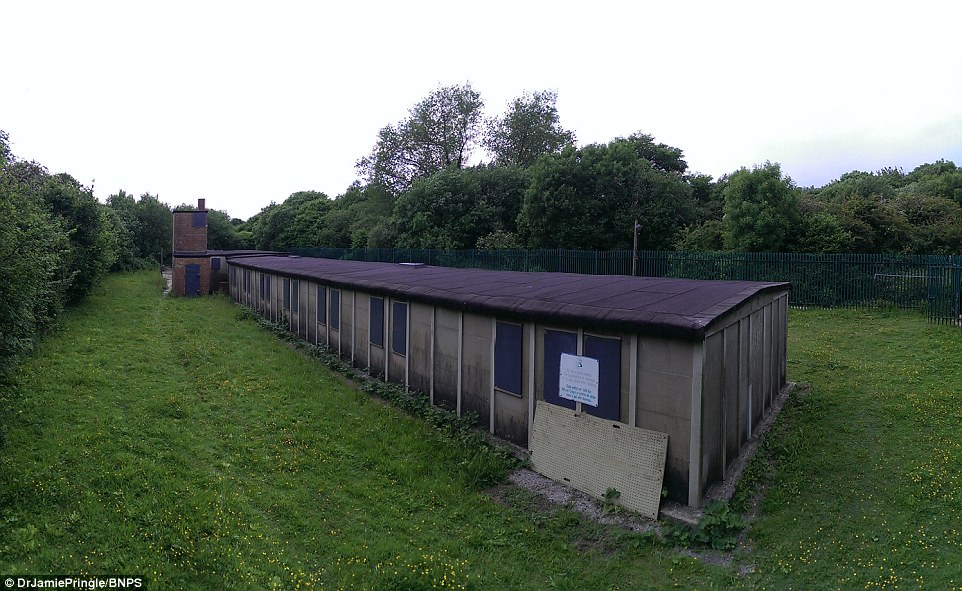 Hut 9 is a former World War 2 German prisoner of war camp based in Bridgend, South Wales which is open to the public at various times throughout the year by appointment only.

The Island Farm Camp was originally built as a hostel for workers employed at the munitions factory (R.O.F.) in Brackla, Bridgend. The authorities had believed that the female workers would rather stay nearby the factory than travel as much as 30 miles (48 km) home each day. However, the women preferred to travel than stay in the dreary barrack conditions of the hostel, so the camp remained empty until 1943. In 1943 the empty camp was filled in again. This time it was used to accommodate the American troops who would be involved in the invasion of France. In due course, the authorities had to find suitable accommodation for a large number of POWs captured in Europe. The prefabricated concrete huts at Island Farm surrounded by open fields were ideal, although the barracks had to be converted. Barbed wire fences were erected. This work had not been completed by the time the first batch of prisoners arrived, so the prisoners were put to work completing the conversion. Island Farm was then designated as Camp 198 and was to hold almost 2,000 prisoners. The first POWs were a mixed bag of Italian and German troops. The War Office soon decided that the camp was too comfortable for enlisted men and that German officers should be held there. The first officer prisoners arrived in November 1944. The POWs soon turned their efforts to escape. Two tunnels were dug in the camp, but the first was discovered in January 1945. The second tunnel escaped detection and on the night of 10 March 1945, 70 prisoners started their escape. Eventually all were recaptured. Some were found within a few miles of the camp. Others travelled much further, to places like Birmingham and Southampton, over 150 miles (240 km) away. Hut 9 is now the only remaining building left as the rest of the camp was demolished many years ago.