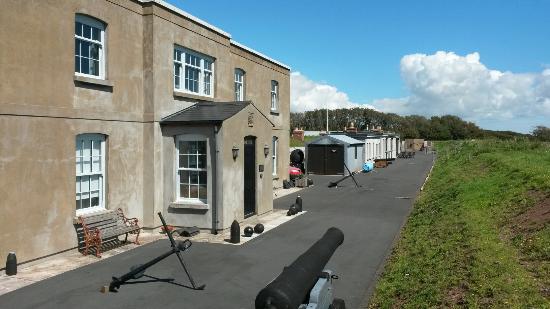 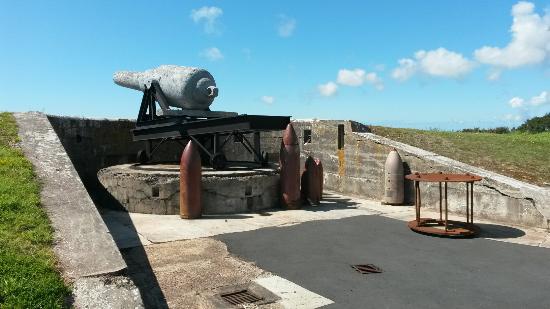 Chapel Bay Fort was completed in 1891, being the earliest known fort in the world constructed principally in mass concrete (with no reinforcement).Originally armed with three wrought iron 10″ rifled guns, the fort was rearmed in 1901 with three 6″ guns, when the fort was substantially altered and modernised.

The main fort occupies a 4 acre site with a 30′ deep dry ditch around it, lined with concrete on the inner face. Inside are casemated barracks for 96 men together with a Master-Gunner’s house, Officers’ Mess (now rebuilt) and associated ablutions, kitchens, magazines etc. The fort is open to guided tours only until extensive and expensive safety measures can be put in place. In the 18 years since the charity was formed, a lot of work has been carried by volunteers with occasional help from the Royal Engineers. When completed, Chapel Bay Fort will be the only one of 12 forts that were built to defend Milford Haven which will be open to the public.