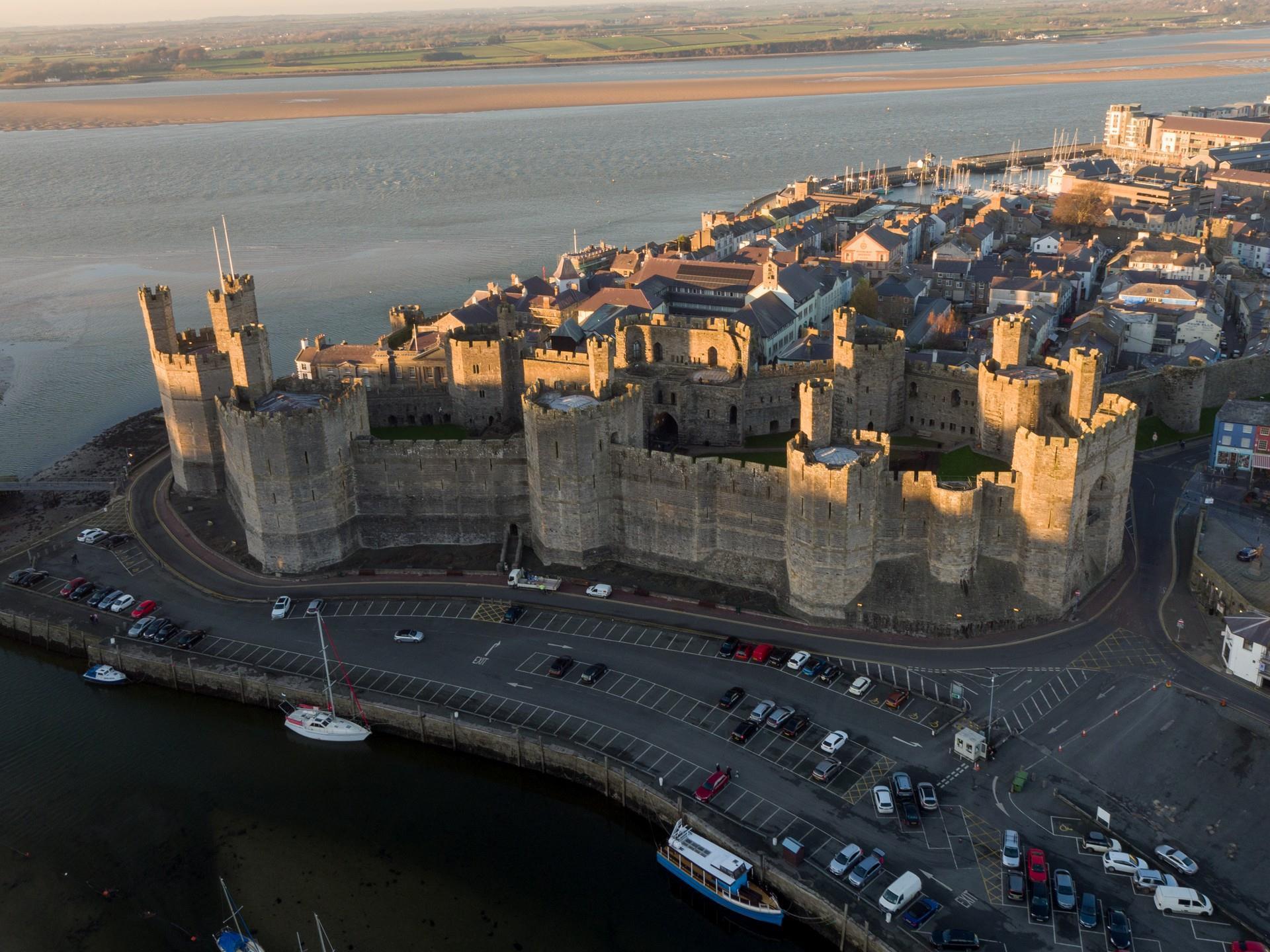 Caernarfon Castle is recognised around the world as one of the greatest buildings of the Middle Ages. This fortress-palace on the banks of the River Seiont is grouped with Edward I’s other castles at Conwy, Beaumaris and Harlech as a World Heritage Site.

But for sheer scale and architectural drama Caernarfon Castle in North Wales stands alone. Here Edward and his military architect Master James of St George erected a castle, town walls and a quay all at the same time. This gigantic building project eventually took 47 years and cost a staggering £25,000. The castle was born out of bitter war with Welsh princes. So of course its immense curtain walls and daunting King’s Gate were designed to withstand assault. But the polygonal towers, eagle statues and multi-coloured masonry sent a more subtle message. These echoed imperial Roman architecture, especially the walls of Constantinople. They also recalled the Welsh myth of Macsen Wledig, who dreamed of a great fort at the mouth of a river – ‘the fairest that man ever saw’. So Caernarfon is a castle of dreams. A legend brought to life. Even after 700 years it still stirs the imagination like no other Welsh castle. The title Prince of Wales has traditionally been taken by the eldest son of the reigning monarch. But it wasn’t until 1911 that Caernarfon again played a central role by hosting the investiture of Prince Edward. All thanks to Britain’s only Welsh prime minister so far, David Lloyd George. Most famously it was here in 1969 that Prince Charles was invested – the eroded statue of Edward II no doubt looking on in approval from its niche above the King’s Gate.